With the announcement of the nominations, voting begins in 35 categories of audiences and professions for achievements in Croatia and the region in 2022. 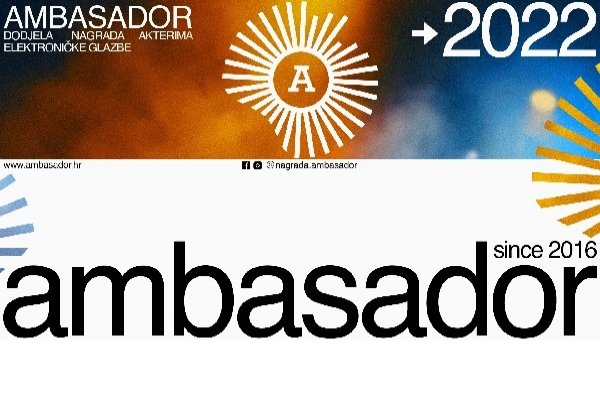 The sixth edition of the Ambassador Electronic Music Award, an event that brings together the entire industry in one place, is open until November 29th. Open to the public and professionals to vote in a total of 35 categories via the official website HERE!

This time, the Kosovo electronic scene was nominated for "The best regional record label of the year", namely the techno label TMM Records, led by the artists Vegim and Flekitza.

The award rules, criteria and partial program of the award will take place in Boogaloo club,Croatia, on December 8th! This year, a two-day program is being prepared at several locations, which includes forums and parties.

The Nominations were made based on the nomination of candidates by the Expert Jury from Croatia and the region in the first cycle of the project, which was held from October 25. until November 6. With the huge interest of the public and the scene in the project that they started in 2016, the Ambassador has a new visual identity, which is the work of Grgur Nikica Vuleta, DJ, promoter, journalist and graphic design student in Zagreb, known as DJ Vazdaisti, and the founder of the Princip project.ba.

On this occasion, the organizers invite all interested students of journalism, cultural studies, new media, digital marketing, event management and all other creative people on the scene to contact volonteri@ambasador.hr with their resume and experience and help in the realization of the project. The 6th edition of the strongest Ambassador so far. Applications are accepted until November 25.

In a pleasant working atmosphere, you will learn a lot from professionals and be part of a project that serves as a platform for connecting the team on stage. You will gain valuable experience, like many others, and become part of this cultural and creative industry. As this year's Boogaloo project takes on a stronger regional character, during the musical program Croatian and regional performers will perform.

More about the music program itself, the Ambassador Symposium, and other activities will be published periodically. The arrival of over 250 visitors from the electronic music industry in Croatia and the region is expected, they can't wait to get together and create new collaborations during the manifestation, especially because of last year's edition in Opatija due to the denial of the arrival of regional artists due to epidemiological measures. The project partner is HDS-ZAMP.

Be a part of electronic music culture and vote HERE!