The UK faced an invasion of illegal raves last weekend

About six thousand visitors attended the illegal raves in the Greater Manchester region. 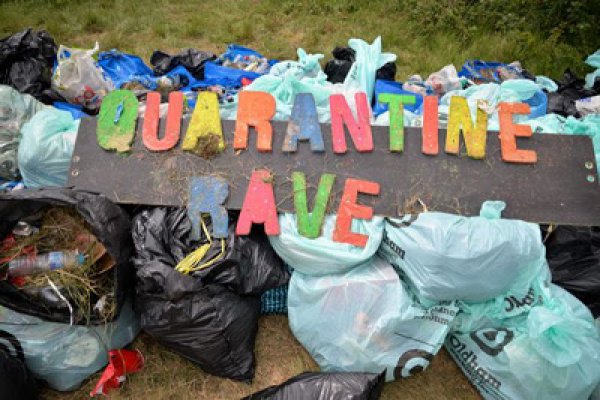 Police said they were met with violence and pelted with objects when they tried to shut down one of the mass gatherings. Chris Sykes, an assistant chief constable at Greater Manchester police, said:

“These raves were illegal and I condemn them taking place – they were clearly a breach of coronavirus legislation and guidelines, and have had tragic consequences.”

It came as police forces across Britain faced one of their busiest weekends since the lockdown began in March. Police were called to similar mass gatherings in Leeds and Staffordshire on Saturday night, while many forces dealt with confrontations between anti-racism protesters and the far right during the day. Sykes added:

“Our top priority will always be the safety of the public, who we are here to serve and protect. We hope the public can recognize the challenges we are facing at the moment and our communities join together in doing the right thing by following the government guidelines"

Angela Rayner, the deputy Labour leader, who was volunteering for a local charity that was called to the rave in Oldham, described the partygoers as “completely irresponsible” and said they were putting themselves and their loved ones at risk.

Staffordshire police said its officers shut down an outdoor music event after a 999 call reported dozens of people in attendance in the village of Whittington, near Lichfield, on Saturday night.

Birmingham Live reported 500 people had attended the rave, some from as far away as Manchester.

Police said one of its officers was attacked and a partygoer was arrested for drug-driving.

Pictures showed beer bottles and nitrous oxide canisters strewn over the usually picturesque woodland. In Leeds, police were called to an illegal gathering where hundreds of people in cars had gathered around a supermarket car park in the suburb of Alwoodley. Residents complained to West Yorkshire police after roads became blocked with cars trying to get into the Sainsbury’s car park in Moor Allerton centre on Saturday night.

Well, let's make a rave, illegal or legal one and clean :D