First colloidal silver was produced in 1924 and at that time it was widely used in the fight against viral and bacterial infections. 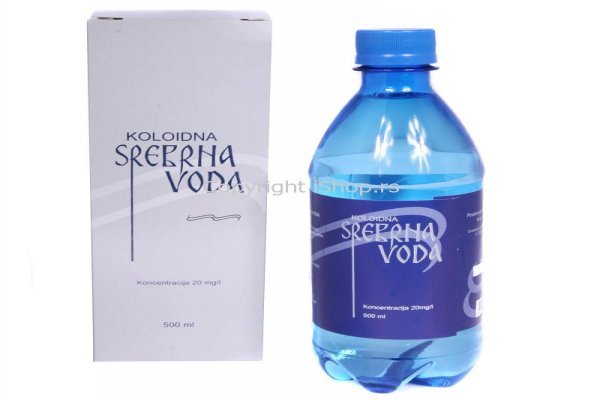 In times when the world was ravaged by plague, it was noticed that people who kept their drinking water in silver container we exposed to much lower risk of being infected with that dreadful disease.

Furthermore, it was discovered that silver plates and cutlery, frequently used during dinners in noble families, represent a great defense against digestive tract infections that were quite common in those days.

History filled with wars and conflicts brings us numerous accounts of soldiers speaking in the favor of the fact that wounds heal much better and faster when treated with so-called “silver water”.

Devoid of better methods, American settlers used to sterilize their water by putting a silver dollar in it.

Taking in regard everything mentioned above, it is not hard to conclude how a popular myth about silver bullets killing vampires came into existence.

In past times, numerous users were convinced in the efficiency of colloidal silver in fighting parasites, bacteria, viruses and fungi.

First colloidal silver was produced in 1924 and at that time it was widely used in the fight against viral and bacterial infections.

In later researches it was confirmed that the silver is the strongest known antiseptic and that it also has antibiotic properties.

Numerous researches proved that all pathogens in human organism, including those resistant to antibiotics, cannot survive longer than six minutes in the presence of colloidal silver.

But, pharmaceutical industry slowly replaced silver with antibiotics, and since 1999, thanks to the FDA, usage of silver have been completely banned in the USA under the pretenses that it can cause argyria, i.e. blue-gray complexions that are a consequence of silver particles binding of pigment.

That is just a cosmetic effect that has no real effect on human health. Besides, all recorded argyria cases were the consequences of applications of solutions that were not properly prepared, and accordingly, were not in fact colloidal silver.

The real truth is that in order to see first signs or argyria, we have to intake 3.8-6 grams of silver. Since 1 liter of colloidal silver contains only 5 mg of silver, you would have to drink at least 600 liters of that solution to get gray complexion.

In other words, with proper application of quality colloidal silver, it is impossible to develop argyria, and was such case has never been recorded.

Numerous researches conducted by prominent experts revealed that colloidal silver can enhance natural self-healing ability of our organism which leads to establishing balance on all levels.

First of all, colloidal silver destroys main causes of most diseases – parasites, bacteria, viruses and fungi.

After that, your immunity will automatically become stronger and strong immunity is the first line of defense against all diseases so the main objective – bringing organism back into the state of natural balance – is completely achieved.

In colloidal form, silver is completely non-toxic, it does not damage organs nor the enzymes in tissues and it has no negative effects on good bacteria. Apart from being successful in many disease treatments, colloidal silver can be used in preventive purposes.

Scientific researches conducted around the world proved beyond a doubt that a silver deficiency in our organism can inhibit normal functions of our immune system.

Besides, physicians such as Dr. Alvarez from Department for Dermatology at University of Miami, Dr. Chu and Dr. Mcmanus from Fort Sam Houston Army Research Centre, have proven that silver enhances recovery and wound healing and that it posses great regenerative properties for healing burns.

Robert O. Becker, an orthopedic surgeon and university professor, have discovered during his 30-year-long study on bone and tissue regeneration that a silver deficiency in our bodies significantly slows down bone regeneration.

Apart from that, it was discovered that silver ions enhance white blood cell production and white blood cells are important because they help our bodies to destroy cancer cells.

Unfortunately, these researches are still hidden from the public and most of people do not know about this cheap and safe natural remedy.

Ionic-colloidal silver can help in the treatment of many diseases:

It can also be used to stop excessive feet sweating or even as a deodorant.

Furthermore, we can use it as a remedy for rashes after insect bites or after shaving and depilation.

If we sprinkle it over fruits and vegetables, it will destroy all poisons used on them in just 6 minutes.

If we cut ourselves, colloidal silver will immediately stop the bleeding and if we burn ourselves, the pain will be instantly removed and no boils will appear on the affected area.

In general, daily consumption of ionic-colloidal silver prevents immunity drops, cleans the organism of fungi and all toxic compounds and prevents bacterial and viral infections.

* Colloidal silver can be applied orally, in a form of nose, ear and eye drops or be applied on the skin by a dispenser.

* For prevention, it is enough to drink 40-50 ml of colloidal silver every day, rationed into two doses.

* For acute state treatments (inflammations, viruses and such problems), use 120 ml of colloidal silver every 2-3 hours for five days, but the final therapy depends on the type of disease.