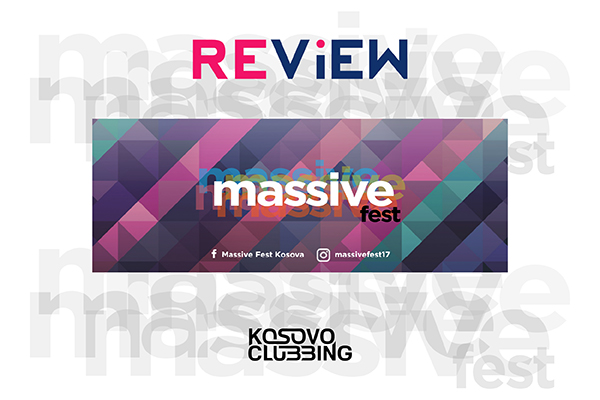 The first edition of Massive Fest, was held at Fshajt Bridge or Saint Bridge (Albanian: Ura e Fshejtë or Ura e Shenjtë) - Djakovica, Kosovo on 19 & 20 May, 2017.

The variative genres of music, like: rock, house, tech house, deep house & techno, followed by the breeze of the nature & the sound of the river (Drin), that surrounded the festival’s location, made that weekend, unique, unforgettable & non-repeatable.

We attended the festival, just so we can give a detailed description of the festival, for all of you festival souls, that weren’t able to attend it.

The backstage was open for anyone, who wanted to hangout there. The general sponsor of the festival (Stone Castle Vineyards & Vinery), except wine, brought some wooden barrels, so the people that were hanging out at the backstage/around the festival, could use them as tables, for their drinks. Also, for those people who wanted to sleep there, instead of taking a ride home, there was a camp side, so they could bring their tents down.

Mainly, the stream of the festival, was good.

The location, was very ideal, for a festival like this. The soundsystem, was exactly like it’s needed, for electronic & rock music, powerful & high quality. The visual artists, did a great & relentless job. The visuals, were satisfying enough.

Unfortunately, against everyone’s will (festival crew’s, ours, attenders & ravers), some things, didn’t go as planned.

There was a misunderstanding, between artists. Performances of some artists, were canceled.
From the invited artists, only few artists, performed at the festival: Fidani & Onufri, DS, MIM, Mali, Hajdar Berisha, Fatos Çunaku, Martin B.

Monika Kruse, Vegim & Flekitza, Megan, Dynamic Man, DJ 69, Nita Latifi & Band, Vibe Honeyz, didn’t perform at the festival. We waited, to listen to them, but they didn’t show up, for unknown circumstances.

These were some of the tracks, witch were by the the invited artists, and we enjoyed:

The number of the ravers/attenders, on the opening night, was way lower than expected.

On the second night, the ravers/attenders, left so early. The festival, had to end around 1:00 AM, unfortunately. The night, was closed by Martin B, a young DJ & producer from Gjakova, who tells a story, through his sets, everytime. As usual, he reflected his talent/positive energy, to the ravers, through his combination (LIVE mix) of techno & deep techno. Being a big time fan of Afterlife & inspired by the label heads (Tale of Us), he created his unique sound, which makes him an outstanding DJ & producer, when it comes to techno/deep techno. Defo, an artist, that you want to keep an eye on.


We have some critics and advices:

- The promotion, should be done way earlier, like 2 or 3 months, before opening!

- It should be promoted via multimedia!

- If needed, the tickets should be cheaper!

- To avoid conflict, the timetable should be scheduled once and for all & there should be no changes!

We hope that next time everything will go as planned.