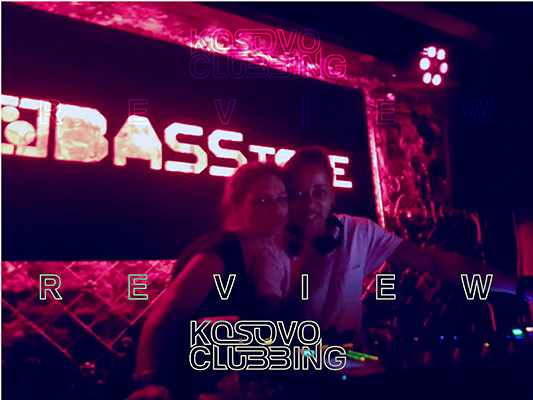 After a performance in 2014 at the Pulse Festival in Pristina, Miss Nat H Lee, has spinned for Kosovo clubbers for the second time. This time she played at BASSTORE, previously MHz, in Pristina on 15th April 2017.

Warm up at that night was local DJ Lilac, fine light techno, followed on the stage by Tatu, a DJ from Albania. He played tech-house with a combination of dance music, while at the very end, performed Miss Nat H Lee.

With 4 hours of good grooves of Nat’s techno, the crowd danced until the early morning hours. You may have noted that some of the audience wasn’t interested in her harder sound, but later they adapted with to the vibrations and dance moves they received from dj booth and Miss Nat H Lee.

During performance Nat H Lee, supported Kosovar artists, as she included Vegim and Flekitza's 'Rumble in the Jungle" as well as a couple other of Vegim’s tracks in her list that night

Again, Nathaly delighted the audience with her music and her positive attitude!

This summer she will come back to Kosovo. Stay with us because soon we will announce the new dates for Miss Nat H Lee.