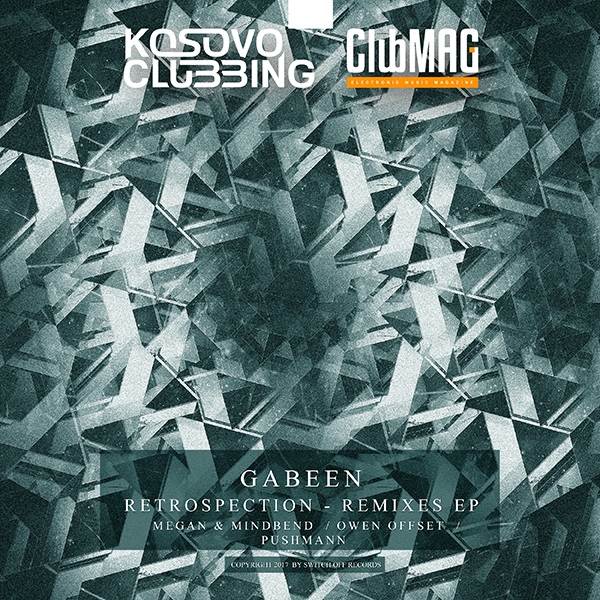 Approximately two weeks ago, he released the 'Retrospection Remixes' EP, including the original mix & 3 remixes, by his guests Mindbend & Megan, Owen Offset, PUSHMANN, which are new to the label.

'Retrospection' (Original Mix) - This unique composition has all the elements, like: kick, percussion, closed hi-hats, bassline, but the most notable element in this track, is the grooving synth that Gabeen placed on top of the other elements.

'Retrospection (Owen Offset Remix) - This remix differs from the others, because it has a grooving bassline topped with percussive elements & opened/closed hi hats, both running.

'Retrospection (PUSHMAN Remix) - In this remix, you can only hear: kick, open hi-hats, claps, some percussion & a grooving synth. This track has so few elements, that you can count in fingers but, what's interesting is the way he mixed those elements, in order to create a joyful vibe. It's a really pleasurable remix.