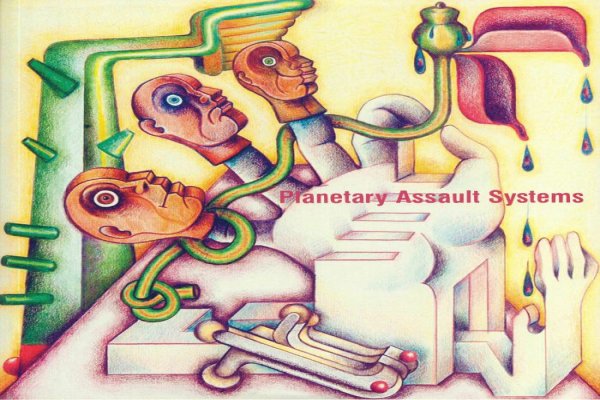 Earlier in the year, Luke Slater offered up one of the most full-throttle and mind-altering Planetary Assault Systems releases of recent times, "Straight Shooting". He opts for a similarly mind-altering, forthright fusion of sci-fi sounds and jacking techno rhythms on this fine double EP, which marks the British veteran's return to Ostgut Ton after a three-year break.

It was apparently inspired by his experiences in Berghain and on tracks like "Red" - all looped bleeps, computerized rhythms and hazy vocal samples - and the thrusting, acid-fired tribal stomp of "Whip It Good" you can definitely hear the influence of the Berlin club space.

It's there, too, in the wonky broken techno/electro fusion of "Kamani" and the feverish "Peru Drift", which sounds like a 21st century take on Jaydee's "Plastic Dreams".