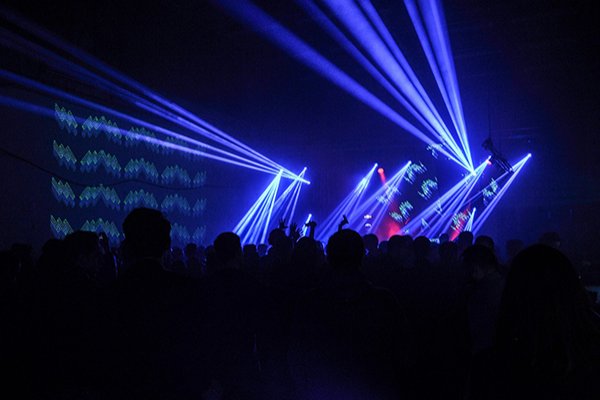 I found out about this event Hapësira was hosting - 'Rilindja Warehouse III' w/ Alex.Do from RØDHÅD's 'Dystopian', DE & Hunter/Game from 'Just This'/'Kompakt Records'', IT, at the former "Rilindja" building in Prishtina.

When Hapësira announced the lineup for 'Rilindja Warehouse III', I became interested in Alex.Do's music, so I listened to one of his Boiler Room sets, and that's where I found out about Alex. Do, 'Dystopian'& german's electronic music scene and became a fan of. ❤

Hanging out with friends and sharing that experience with them, listening to Alex.Do playing 'Recondite - Cleric', having one my fav. local artists/my friend - Megan tell me what I was listening at when Alex.Do dropped Bjarki's 'I Wanna Go Bang' from Nina Kraviz's 'трип' and RÜFÜS DU SOL's 'Innerbloom', were the best moments of that night! ❤