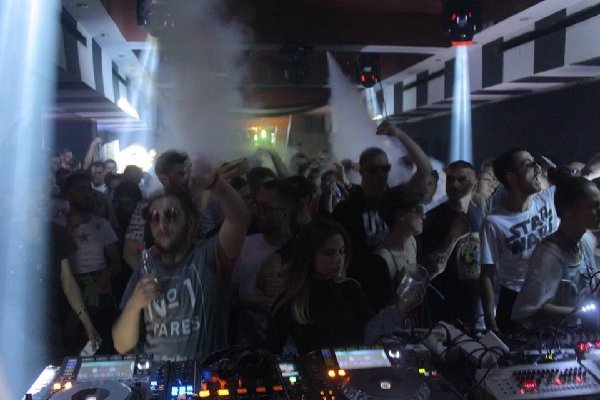 According to the founder of “Euphoria” - Valon Hoxha, the last edition headlined by the German techno music producer, SNTS, resulted in an unexpected number of visitors. That encouraged him to continue organizing and promoting techno music in Kosovo.

"The attendance at the last techno event was unexpectedly higher than we expected, and it gave my team the strength to continue promoting techno genre in Kosovo, in Ferizaj, and a recent research we did in our city shows an increase in the number of fans of this electronic music trend," adds Valon Hoxha.

This is a social event and a part of the budget they get from tickets goes to families with social disabilities in the municipality of Ferizaj.

“This event has musical and humanitarian character. Last year, the goal was to help the Limani family from the village of Šilovo in the municipality of Ferizaj, ”notes Hoxha.

Supported by the Municipality of Ferizaj, “Euphoria” takes part in developing tourism in this city.

"It is a great success for me to attract the attention of foreign visitors. I had to mention visitors were people from all communities who lives on Kosovo, so I can say that through our multiculturalism we contribute to the promotion and development of tourism in our city.” - said Valon Hoxha.

For now, the names of the artists who will be performing at the event are unknown, but as we find out, its about a young Italian techno producer and DJ, including local and regional artists.

We are sure that their taste will not disappoint you.

See ya at the next euphory of techno ;)