On Kosovo, with just under 2 million people, where most are under 30 years old, the techno community is not that big, but it is so well organized that every event with techno music is fulfiled by a very good atmosphere. One of them is the event organized by Euphoria from Ferizaj. 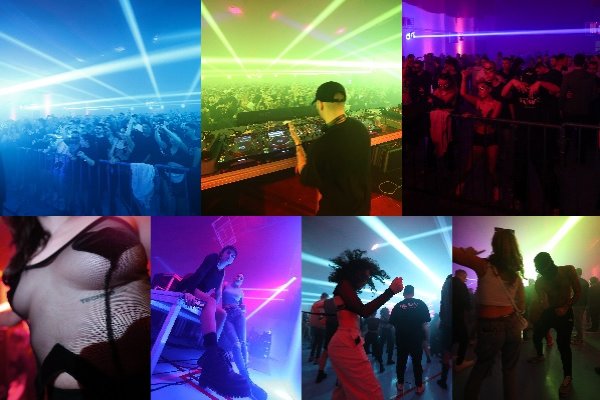 Like every event so far, this sixth edition was also focused on techno music, with performances by Nico Moreno from France, German artist Moia, regional support from Albania, Loren, and local support Liburn and Likatek.

What is most important is that the sound system was professional and the music was heard very nicely and clearly in all parts of the room.

This year's edition was held at a new location in Prisitna. Real warehouse rave. Beautiful, spacious place with high roof. The organization was top notch. Even the toilets were ideal.

The lights were phenomenally adjusted and installed, so there was no darkness at all. Everything was nicely lit, but not disturbing to the visitors. Beautiful light show by VJ Ziman.

The dance floor was full and yet there were so many places to dance that no one bothered anyone or pushed each other.

"We were surprised by the number of the visitors onthe last event. There were over 1000 visitors, fans of techno music, with loyal ravers from Tirana, Skopje and the whole region" - says the organizer of the Euphoriatechno event, Valon Hoxha.

People were smiling and so beautiful. You could see that they made an effort to be creative when it comes to fashon. Good creations on very young generations.

Since 2006, when Adam Bayer performed in Kosovo, there were no female dancers in Kosovo at techno events, but his year, Euphoria hosted two female dancers who danced to techno. And we loved and joined them too ;)

Techno music is music for dancing, for moving every part of the body, moving the energy in the body that was blocked, music for starting and encouraging the brain to move forward and to create new ideas.

Have you tried dancing to techno?

"We are planning to hold the next techno event in the first part of 2023. I would like to thank the visitors, all the ravers who are my strength to continue uniting the entire region and presenting quality artists from Kosovo, the region and the whole world" - adds Valon Hoxha.

This techno event was supported by the Municipality of Lipljan, Rezonanca Secondary Medical School,  Rugova, Lasko, GoVild.al and Trip taxi.

See you soon at the next Euophoritechno event!