Dave Clarke presents returns at ADE 2019 for its 15th edition. 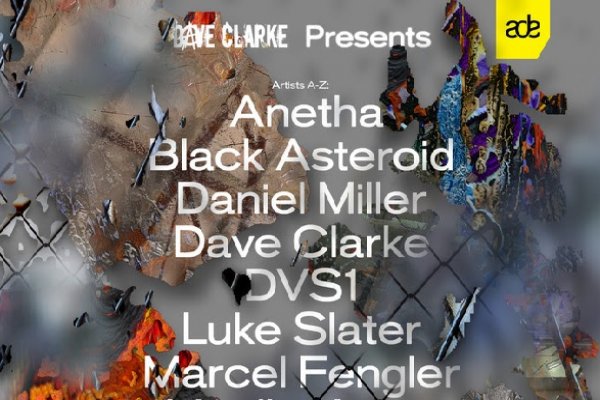 The longest running techno event at Amsterdam Dance Event features the talent that currently resides in the real uncompromising and authentic techno scenes.

Many know Dave Clarke as the Baron of Techno, he also has a long history streching back 30 years with electro with the popular ‘Whip It’ night being one of his most recent endeavors, so watch out for that ADE line up announcement.

A lot of familiar faces and returning artists for this intense edition of Dave Clarke presents DVS1 will bring his hypnotizing groove to the Melkweg dancefloor for the first time in six years. The diverse UK sound is represented by Luke Slater, one of Britain’s true electronic music pioneers and the relentless industrial style of Paula Temple makes a welcome first appearance to his event. Then there’s the long awaited return of Terence Fixmer with a live performance of his unique brand of ‘Techno Body Music’. Also returning from France is Anetha, the then upcoming Parisian DJ played an immense set last year and is now rightfully established in the scene.

Then there’s some more splendid comebacks. Crowd favorite and Berlin legend Marcel Fengler, Daniel Miller founder of the famous British Mute Records and Black Asteroid, the man who has started his career as a sound designer for Prince. The line-up is completed by Dutch techno veteran Mirella Kroes and Clarke’s studio buddy Mr. Jones.

All visuals were created by combining photographic elements of nature and industry through their blending-algorithm.