...don’t be afraid about who you are! 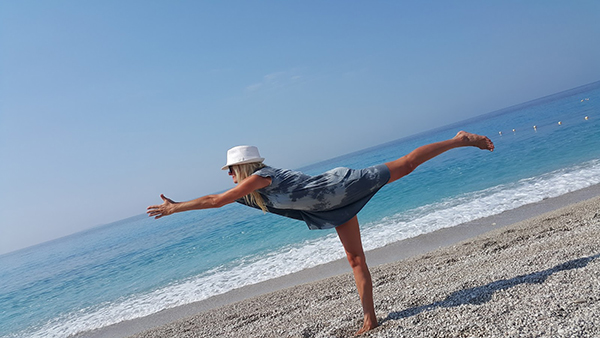 I have had really severe social anxiety for the past years.

Anxiety can turn something simple into a psychological game, where you constantly trying to figure out the correct answer before the time runs out. A lot of people who’ve never experienced anxiety imagine that it must be similar to what they felt before they gave a big presentation at work. And it might be a little like that, at times… so I find that it’s helpful to explain anxiety in some forms kind of experience that you may be familiar with.
To me, anxiety feels like being in a big, creepy house alone at night, or lost in a city where you don’t speak the language of it . You become extra sensitive to everything else around you – sights, smell because your body is trying to figure out if you are threatened. My fear was caused by negative thoughts, and negative people around me, I was becoming a person without energy.
My boyfriend for example, is an absolute champion at helping me cope with my anxiety. He is my serotonin of my happiness. Some nights I got panickly. If I didn't go at the gym during the day or write in my diary (and sometimes even if I did those things), I was in for a long night of insomnia. Insomnia was one of the main ways my anxiety manifests itself.

I woke up after an hour or so of sleep with my heart pounding, and found that my brain wide awake. Once, when my boyfriend happened to be up during one of these insomniac episodes, he started asking me what I was worried about. "Nothing," I told him, and I was telling him the truth — sometimes these insomnia episodes were tied to actual worries about my school or friends, but sometimes they weren't. Sometimes they seemed to appear by old worries.

These are just my own experience with my own anxiety. The people who care us want to understand , even if they don’t necessarily get it right away. Don’t give up, you are not alone. Do the things that you love most, limit your time spent with negative people and don’t be afraid about who you are. You can’t picturing the future. What if the future isn’t the same? What if today is just setting up how bad tomorrow will be? What if…? You don’t want to be hurt, but it means you never know how to be happy.

posted by Cheery of Merry