A Belgian Impression of Next level's 11th Anniversary with Rebekah!

Clubbing on Kosovo by The Belgian party delegation :) 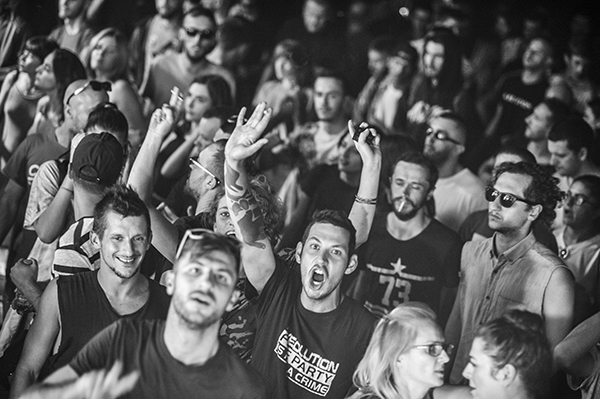 After a long journey through Europe, we entered Kosovo. We decided to stop at the capital of Kosovo - Pristina. Surprisingly, we found out about Next Level’s “11th Anniversary” Event with the UK-born/Berlin-based DJ - Rebekah. We decided to attend the event.

That night, the host - Next level, celebrated it’s 11th anniversary, and hellboy, they know how to do it!!! When we entered the venue (ODA Theatre - in the center of Prishtina), we were welcomed by heavy Techno beats and a large LED video wall. Visualisation was so great and powerful!

"Kosovo is on the top of techno scene and they really have very good clubbing life.

We were amazed and shocked, in a positive way of course, as this party was all you want for a night out! The 11 years of experience of “Next level”, certainly showed us how the Electronic Music Scene in Kosovo is growing, in fact, the Techno scene, what we wouldn’t expect. We are very surprised how Kosovo’s audience gives big support to their local artists!

The local DJ's on that party were very qualitative from the beginning. Toton gave us very techy warmp up for Rebekah. They showed us every kind of Techno exist and their locals - Vegim and Flekitza, took us on a trip through the darkest sides of Techno, at the main party and then at the after party, at the nearest club.

We were so surprised to hear that kind of techno in Kosovo! Kosovo is on the top of techno scene and they really have very good clubbing life. They are real clubbers!

My advice to anyone visiting Kosovo:

“Make sure to check out the club scene, i'm sure you will enjoy it!”